Prof. dr sci Velimir Lj.Ćerimović has been promoted to academian


Based on the Resolution of the President of the Serbian Royal Association of Academicians, Innovators and Scientists (SKAIN), academician Prof. dr sci Ljubinko Ilic, issued on the 4th of January 2014, the members of the scientific committee of SKAIN: academician Prof. Dr sci Nedeljko Dzelеtovic – president, academician Prof. dr sci Vojislav Vukcevic – member, academician Prof. dr sci Dragan C. Lukic – mentor, evaluated the entire scientific and professional qualities and working experience gained in the field of research and teaching, three published books (two scientific monographs on church structures of stavropygial Archbishopric of Karlovac and stavropygial Archbishopric of Belgrade-Karlovac) as well as numerous research papers published in various international and national journals, then works for national and international symposiums and significant science and research results in the field of architecture and urbanism, and received awards for devoted and professional dealing with the mentioned research field, proposed electing Prof. dr sci Velimir Lj. Cerimovic a FULL MEMBER of the Serbian Royal Association of Academicians, Innovators and Scientists (SKAIN). 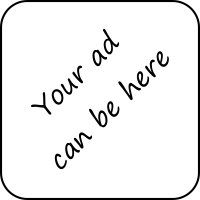